It’s Time to Blow the Trumpet 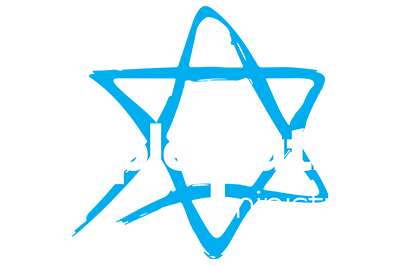 It’s Time to Blow the Trumpet

Studying history, one comes away with the definite impression that God’s economy operates in seasons.

Divinely presented opportunities to serve can be taken advantage of or they can be missed altogether. Sometimes you’re provided a “do over”—oftentimes not.

God’s destiny callings seem to operate in a similar fashion. Gideon wasn’t much interested in the notion of being called and recruited as “mighty man of valor” by the Angel of the Lord while attempting to hide himself from the invading Midianites (Judges 6:12).

The people are hungry for God’s truth and reality.

The same is true for Queen Esther who had to weigh the warning from her relative Mordecai as to what might befall her people, the Jews, who were faced with annihilation if she decided to remain uninvolved. Her life changing decision could have gone one of two ways: either “remain completely silent at this time” or risk her own life by boldly approaching the king with her rescue petition for the lives of her people (Esther 4:14).

Both ultimately decided to do the right thing by carrying out the will of God for the moment. They will be remembered forever as heroes of the faith.

God’s requirement for us to decide to completely subordinate our own self-will in order to carry out His present-moment will often entails inconvenience and risk. Yet it is God’s yardstick as to whether we are serious or not about our personal Christian commitment (Luke 6:46).

The Father gave us His Son, and the Son gave His very life in order to rescue and restore us. Are we sufficiently grateful to return the favor?

After my personal return to the Lord, I was given a written prophecy at a 1978 church conference regarding my future ministerial calling. It mentioned that many, many people had been praying for me during the week leading up to the event. I was informed that I would be a teacher of God’s word (which has already been fulfilled in multiple contexts) along with specifying that I read Ezekiel chapters 33 and 34.

I was to be a messenger

My take away after reading both chapters was that I was to be a messenger, sometimes in the capacity of a watchman. Messengers don’t win many popularity contests with the bluntness of God’s message, but the Spirit is saying that the time is short, and multitudes are in the valley of decision.

Alarms and warnings were only one type of communication. The Hebrew shofar (ram’s horn) was also used to convene assemblies, to worship at the Temple, to declare the majesty of God, to announce His arrival amidst His people and to declare the redemption of Israel on the Day of the Lord.

Father God wishes not only to warn His people of present and coming danger, but He also desires to reveal His Father’s heart to at long last unite His natural Hebrew children with His adopted Gentile progeny.

Some of the leadership of God’s Church is to be warned about the condition of the sick and starving sheep that are in their care. The people are hungry for God’s truth and reality. They are seeking hope and joy but they also want the truth—truth in the form and words of a Person.

They can handle the truth.